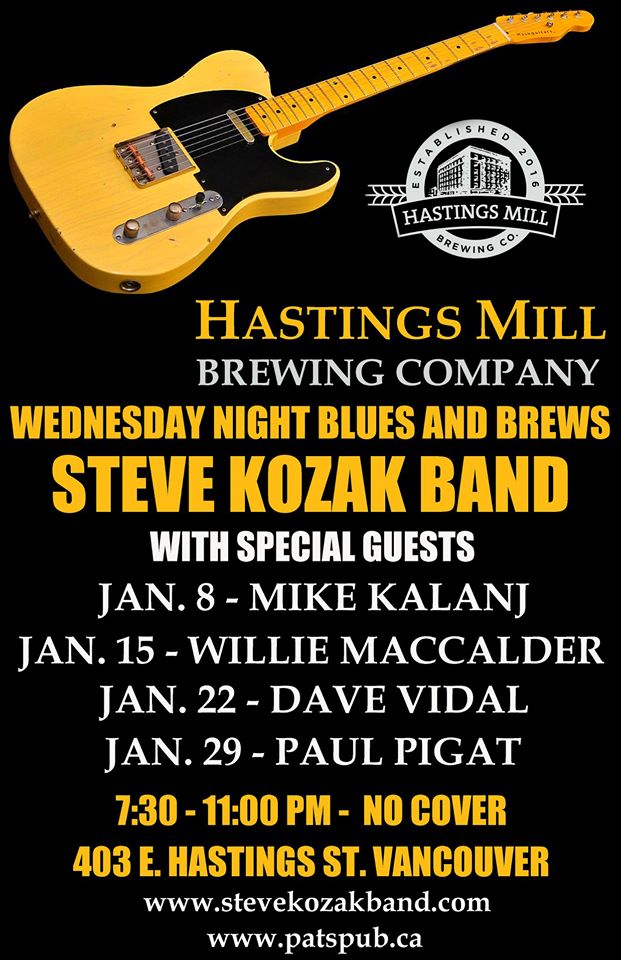 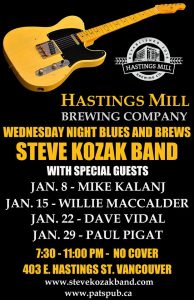 Your best mid-week bet for live Blues in Vancouver!

One of Canada’s finest blues artists, Steve Kozak has been turning heads of blues fans in Canada for over thirty years since he first broke onto the Vancouver scene in the mid-eighties.When it comes to tasty West coast blues guitar, Kozak’s name is at the top of the list in this nation — just ask greats like Duke Robillard and James Harman who have shared the stage with this gifted bandleader, instrumentalist, writer and singer.Gaining national recognition in 2012, Steve Kozak was nominated by industry professionals from across Canada and won a prestigious Maple Blues Award for New Artist or Group of the Year. Steve was also awarded The Ambassador of the Blues Award for 2012 by the Blues Underground Network.Featured in the January 2018 special 100th issue of the UK publication Blues Matters magazine, Steve Kozak, ‘The making of a Canadian Icon’, word about is getting out around the world about this western Canadian Blues artist.
The Steve Kozak Band was nominated for a 2017 and a 2018 Western Canadian Music Award for Blues Artists of the year and for a 2017 Fraser 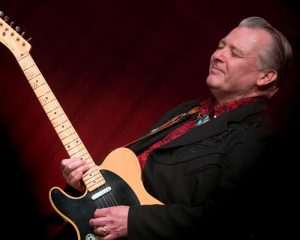 Valley Music Award for Blues Artists of the Year.Steve was an instructor at the 2018 Hornby Island Blues Workshops in May on beautiful Hornby Island BC along with a dozen or so of Canada’s finest Blues musicians who will share their knowledge and inspiration with the 70 students who attended the workshops.Steve will be an instructor at the inaugural 2019 Okanagan Blues Workshops in Penticton BC in October.2019 Okanagan Blues Workshops – October 21- 23Steve Kozak’s latest and fourth album ‘It’s Time’- The Steve Kozak Band, released in 2017 continues to hold its place into 2019 on the Roots Music Report Top 50 album and Soul Blues radio charts and is being featured on radio playlists across Canada, Europe and the USA.

Bruce Iglauer, head of the prestigious Chicago blues label Alligator Records, reviewed  Lookin’ at Lucky and confirmed Steve’s arrival, commenting: “This is a well-crafted album, performed with taste and subtlety. Any Blues fan should enjoy it; I sure did.”

We sincerely hope the information you find here at livemusicinvancouver.info

Plus, we need beer money.